Milkshakes are sweet treats that are loved by children and adults alike. It’s no surprise that many fast-food outlets have them on their menus. But with such a vast choice of milkshakes available, where can you get the best one?

We’ve selected five of the most popular fast-food milkshakes in the U.S. from the Technomic’s 2021 consumer survey to help you out.

The simplicity of In-N-Out-Burger is one of its strongest suits. Customers can order a Neapolitan milkshake and add a unique flavor to their drinks. Participants of the above poll were particularly complimentary about the “three-flavored shake” In vanilla, Chocolate, and strawberry.

Customers may select from six traditional milkshake varieties at Sonic. It’s possible to add ingredients like Oreos and M&M’s, among others. All of which are crammed into the maestro shake or blast. In the survey, consumers praised the Butterfingers and Nerds-flavored shakes the most.

There is no limit to the number of combinations customers may add to the vanilla base, and the base pricing remains the same. Among the favorites are strawberry, peanut, and even bacon.

A social media poll showed that the Black & White Shake is the most popular flavor. Some of Shake Shack’s were included in the survey like the hot cocoa shakes with cookies and cream, chocolate, and brownie batter. Shake Shack provides “concretes” and also six hand-spun milkshake varieties to choose from.

The milkshakes at Steak ’n Shake were rated the best in the business. In addition to the usual chocolate and vanilla, there are more unusual tastes like peppermint chocolate and chip cotton candy milkshakes on the menu. 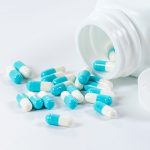 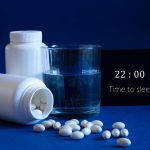